Organic Lifestyle Comments Off on Is Raw Milk Safe? 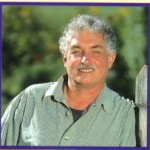 Raw milk, like any raw food, comes equipped with all its natural enzymes and other health-promoting factors that are destroyed by pasteurization and ultra-pasteurization (sterilization). It is also a breeding ground for Lactobacillus lactic, one of the good bacteria that inhabit our intestines and make our cheeses, yogurts, kefir, and other curdled milk products. Remember Little Miss Muffet.
One of the other good things this and other beneficial bacteria do is to curb the growth of pathogenic bacteria. So raw milk has its own, built-in disease suppressing system. However, just as pests can “break out” and destroy a crop on a farm, a deadly germ like listeria can infect milk—if the cows are not properly raised.
Cows are fit by nature to eat and digest pastures grasses, weeds, and forbs. Given their natural food, their four-chambered digestive systems are very effective at digesting grass by action not only of the cows’ digestive juices, but especially by the beneficial bacteria in their stomach chambers. Like the soil bacteria that digest fresh organic matter in a compost pile, these bovine bacteria turn stalky plants and grass into rich food that supports the cow as she produces milk.
The problems start when farmers feed their cows beans and grains. The cows’ natural bacteria can’t digest beans and grains, and so other bacteria that can digest them find their way into the cow and set up shop. These bacteria cause disease not only in the animals, but in humans that drink infected milk.
A second matter is cleanliness. Cows are not naturally clean animals, the way cats are. If they are confined to barnyards, cows will slop along through a mixture of mud and cow dung. Here’s a video of what Dr. William Campbell Douglass, the author of The Milk Book, has to say about cows and cleanliness:

I drink raw, organic, whole milk every day. I make it into kefir. The milk comes from a dedicated dairyman near Fresno whose cows are pastured, clean, and whose milk is regularly tested for the presence of pathogens. I buy it at Oliver’s Market, a local chain of three stores in Sonoma County that actively seeks out the best organic products.
As for the safety of raw milk, consider that many of the world’s finest cheeses are made from raw milk. Don’t take my word for its safety. Do some research on the topic. Decide for yourself whether you want to seek out a source for you and your family. I’ll only say that I personally am a confirmed believer in its value in an organic diet, especially when it’s so easily made into kefir.

How Does Natural Differ from Organic?

The following was written by Ronnie Cummins, the co-founder and National Director of the Organic Consumers Association. He makes the point that the “natural” label on food products has no legal meaning—other than to allow markets to mark up conventional produce as though it’s “almost organic.” It’s worth reading.

Walk down the aisles of any Trader Joe’s, Whole Foods Market, or any upscale supermarket and look closely. What do you see? Row after row of attractively displayed, but mostly non-organic “natural” (i.e. conventional) foods and products. By marketing sleight of hand, these conventional foods, vitamins, private label items, and personal care products become “natural” or “almost organic” (and overpriced) in the “natural” supermarket setting.
It’s no wonder – and no accident – that consumers are confused. Companies selling these products are simply telling us what we want to hear, so they can charge a premium price.
In fact, all these “natural,” “all-natural,” and “sustainable” products are neither backed up by rules and regulations, nor a third-party certifier. Most “natural” or conventional products – whether produce, dairy, or canned or frozen goods – are produced on large industrial farms or in processing plants that are highly polluting, chemical-intensive and energy-intensive.
Test these so-called “natural” products in a lab and what will you find? Pesticide residues, Genetically Modified Organisms, and a long list of problematic and/or carcinogenic synthetic chemicals and additives.
Trace these “natural” products back to the farm or factory and what will you find? Climate destabilizing chemical fertilizers, pesticides, fungicides, herbicides, and sewage sludge – not to mention exploited farm workers and workers in the food processing industry. Of course there are many products in WFM, Trader Joe’s and other natural food retailers that bear the label “USDA Organic.” But the overwhelming majority of their products are not so labeled.
Demanding that natural and conventional products and producers make the transition to organic is a matter of life or death. And standing in the way of making this great transition are not only Fortune 500 food and beverage corporations, Monsanto, and corporate agribusiness, as we would expect, but the wholesale and retail giants in the natural products sector as well.
We cannot continue to hand over 88 percent of our consumer dollars to out-of-control, biotech, chemical-intensive, energy-intensive, greenhouse gas- polluting corporations and “profit-at-any-cost” retail chains such as Wal-Mart.

News Note: Thanks to consumer pressure, Whole Foods, Trader Joe’s and General Mills have all agreed to not use Monsanto’s GM (Bt) sweet corn in any of their products.

The Tragedy of Bt Corn

Speaking of Monsanto’s Bt sweet corn, let me explain what it is. There is a bacillus called Bacillus thuringiensis that organic farmers and gardeners have used for decades to kill caterpillars—the kind that are the larval stages of insects like corn earworm, corn rootworm, monarch butterflies, tomato hornworm, gypsy moths, cabbage worms, and many others. This bacterial disease primarily targets caterpillars. Corn farmers, especially, have found it to be cheap and effective. Bt was one of the most effective and environmentally safe pest controls that organic practitioners had, because it was spot-applied just to places where the pests had broken out.
So Monsanto comes along and takes the genetic code that produces the caterpillar toxin in the bacteria and inserts it into the genetic structure of the corn itself. Now the corn produces its own pesticide as it grows. This is sweet corn we’re talking about—the kind we eat at summer barbecues and picnics. This is unique corn, so Monsanto owns the patent on it. It’s hard to keep these genetic modifications confined, however, and pollen from the Bt corn may blow in the wind and land on non-Bt corn silk in neighboring fields. Now the pesticide gene is transferred to the corn kernels in the neighboring fields. Now Monsanto comes to the farmer who grows corn in the neighboring fields and says to him, “You’re growing our patented corn. We’re suing you.” And so Monsanto has done, over a hundred times.
Worse, because so much corn now produces oceans of Bt toxin, evolutionary processes select for those insects that can resist the toxin, and so the Bt corn becomes the driving force behind the development of Bt-resistant insects. As resistant insects proliferate, Bt toxin becomes less and less effective. This is already happening. Tragically, Monsanto has ruined a perfectly natural and effective, organic insect control in its profit-driven quest to dominate world agriculture. And that’s no exaggeration, even if it sounds like one.
Dr. Joseph Mercola, an osteopath who writes at his website (www.mercola.com), has other news that should interest you. Here’s just a little of what he has to say:
“Cry1Ab,” he writes, “a specific type of Bt toxin from genetically modified crops, has for the first time been detected in human and fetal blood samples. It appears the toxin is quite prevalent, as upon testing 69 pregnant and non-pregnant women who were eating a typical Canadian diet (which included foods such as soy, corn and potatoes), researchers found Bt toxin in 93 percent of maternal blood samples, 80 percent of fetal blood samples, and 69 percent of non-pregnant women’s blood samples. This insecticide toxin is already showing up in fetal blood, which means it could have an untold impact on future generations.
“Given that Bt toxin has now been confirmed in the human bloodstream, it should come as no surprise that it has also infiltrated the environment.. According to one study, 50 of the 217 streams, ditches and drains near cornfields that researchers tested were found to contain Cry1Ab above six nanograms per liter. The protein is getting into the waterways via corn stalks, leaves, husks and cobs that blow into the water — a phenomenon that’s incredibly common since farmers often leave such material in fields to help minimize soil erosion.
“A new study in the UK has confirmed that if you eat GM foods that contain the insecticidal Bt toxin, it appears likely that it will be transferred to your bloodstream…however, the UK government, which funded the study, chose not to fund any follow up research to see if GM corn — which contains the BT toxin — might continue to create insecticide inside your intestines. Now the evidence has come through that it does transfer, at least to your bloodstream (and the bloodstream of your baby if you’re pregnant).”
Dr. Mercola has gone on record saying that due to the amount of GM crops now grown in the United States, every processed food you encounter at your local supermarket that does not bear the “USDA Organic” label is filled with GM components.
This means that the public has been eating GM foods for the last decade, whether people knew it or not. Thank Congress for this, and the USDA and Monsanto. What ultimate impact these GM foods will have on our health is still unknown, but auto-immune diseases top the list of most likely side effects. This is yet another very important reason to choose organic food. The thought that Bt corn may be turning our intestinal flora into living pesticide factories is appalling.